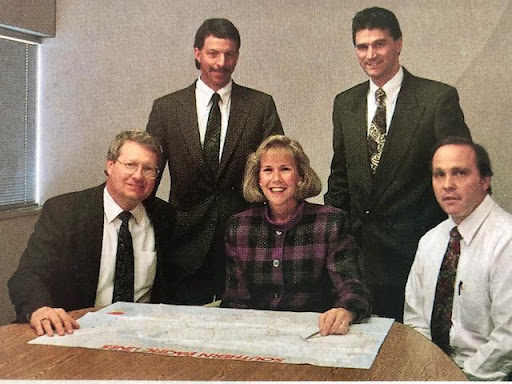 This article gave me a chance to reflect on my own history in the railroad industry. I worked in rail from 1987-1995, and my experiences in the industry were some of the highlights of my career. Now, after a long hiatus, I’m excited to re-enter this world as the VP of Marketing for RailState.

The railroad industry is interesting because it has both evolved in some areas, and remained relatively unchanged, in others. In 1987, I started my career at Burlington Northern Railroad in Fort Worth as a Marketing Analyst. The Staggers Rail Act of 1980, which deregulated the American railroad industry to a significant extent, was still mid-implementation. The railroads hired what they called “marketing teams,” to determine competitive rates and to compete for freight with other Class I railroads — which provided options for shippers, through direct service or via switching. It was a very interesting time in the industry, full of uncharted territory. I also happened to be one of the few women working at BN (and in the rail industry overall).

After two years with Burlington Northern, I moved to Southern Pacific (later bought by Union Pacific) as a Marketing Manager for the Metals and Ores Business Unit. SP had implemented a decentralized marketing model, and located the business unit in Los Angeles. Although there were still very few women working in rail, by 1995, I had become the most senior woman at Southern Pacific. As Managing Director of the Metals and Ores Business unit, I was responsible for $300M in annual revenue.

I’m proud of my time at Southern Pacific, where I had some major career successes and worked with some wonderful people, including John Schmitter, Co-Founder of RailState!

One of my most memorable moments was winning the largest deal in the history of SP, which was featured in Trains Magazine in March of 1995. They called it, “The Great Ore Heist.”

In this deal, SP partnered with Wisconsin Central, to win business from Union Pacific, which would provide significant savings to the customer. The origin was an iron ore mine in Minnesota that was captive to the UP, which meant that no other railroad had access. This eliminated rail competition along the route, so the customer was paying premium rates. The customer wanted a more cost-effective solution, which led Southern Pacific and Wisconsin Central to team up. The solution involved trucking the iron ore from the mine in Minnesota, to a transload center on the WC, then loading up the unit trains there. The train was then routed to Chicago, where the WC interchanged with Southern Pacific. SP then delivered the train to Geneva Steel in Geneva, UT, after which, SP repositioned the cars to coal mines in Colorado and backhauled the coal to the northeast.

It took a village of risk takers and the can-do attitude of everyone — from operations, to finance to marketing — as well as a willingness to think outside the box and pull it all together. It was a win for all, and the annual contract was $15M per year! 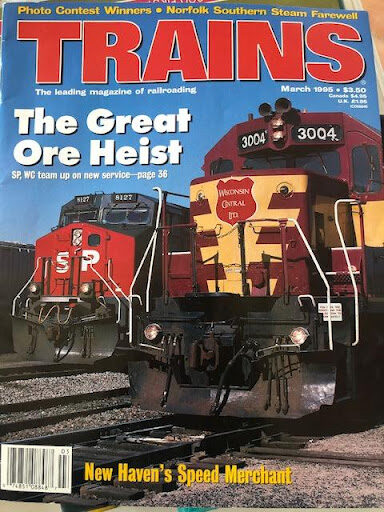 Another fun fact about my time at the railroad? One day in 1994, the CEO of SP, called me into his office. I was the most senior woman in the railroad, two steps away from the CEO. To my surprise, he asked me to write the dress code to allow women to finally be able to wear pants to work. It’s hard to believe, but 28 years ago, women still had to wear dresses or skirts with hose to the office!

I ultimately left the railroad in 1995 because I felt I had hit the glass ceiling. I’m so happy to see how far the industry has come. When BNSF hired Kathryn Farmer last year, they became the first Class I railroad to have a female CEO! Times have certainly changed for women in rail, and I’m eager to see what’s ahead.

To read about the Railroad Women in history who made a difference for generations of women that followed, check out the UP post.

share:
TAGS : rail railroad
Keep Up With the Latest From RailState